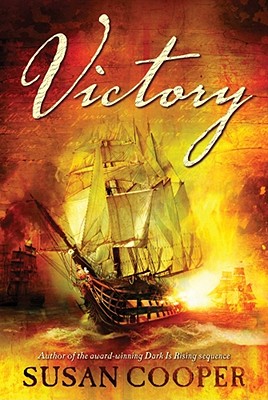 LIVING CENTURIES APART, BUT JOINED IN AN EPIC BATTLE.

Sam Robbins is a farm boy, kidnapped to serve on HMS Victory, the ship on which Lord Nelson will die a hero's death at the Battle of Trafalgar in 1805. Molly Jennings is a twenty-first-century English girl transplanted to the United States by her stepfather's job, who's fighting her own battle against loss and loneliness.

Two lives that couldn't be more different, two hundred years apart, are linked by a tiny scrap of fraying cloth, tucked into an old book. It draws Molly into Sam's world, to a moment in time that changed history -- a frightening shared moment that holds the key to secrets from the past and hope for the future.
Reviews from Goodreads.com