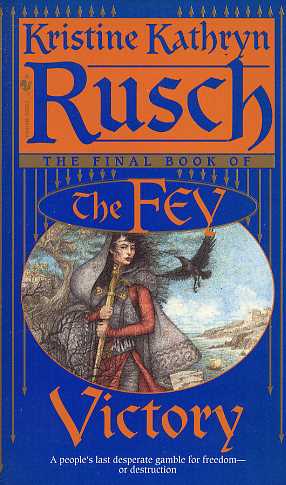 Share:
TWO ROYAL CHILDREN MUST UNLOCK AN ANCIENT SORCERY TO SAVE A PEOPLE AND CLAIM AN EMPIRE

Hidden in the Cliffs of Blood lies a cavern that pulses with long-lost power. Here King Nicholas and his children, Gift and Arianna, have taken refuge from Black King Rugad and his Fey invasion. Rugad's goal is to capture his great-grandchildren--in whom mingled Fey and Islander bloodlines spark unimagined powers, marking them his heirs to the Black Throne.

As Nicholas and his family desperately seek to understand the cavern's mysteries, they must forge unforeseen alliances: with Nicholas's greatest ally, who appears to them from beyond the grave--and with Nicholas's greatest enemy, who holds the key to the Fey's defeat. But the supernatural weapons they uncover are double-edged swords. For the same magic that can kill the invaders may destroy Gift and Arianna...and shatter the kingdom. The magnificent epic of the Fey reaches its stunning conclusion in a tale of disaster and triumph, brutality and enchantment.