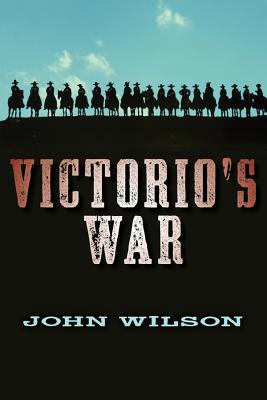 Share:
Jim Doolen discovered his father's fate in Written in Blood and met Billy the Kid in Ghost Moon. Now, in the final installment of The Desert Legends Trilogy, he's a scout for the Army in the middle of a brutal war to force Victorio's Apaches onto a reservation far from their traditional lands. Deeply troubled by the violence he's witnessed and been a part of, and having lost so many friends, both white and Indian, Jim feels trapped between the two worlds he's encountered over the past three years. Captured by his nemesis Ghost Moon and forced to flee with an Apache band of warriors, Jim is only saved from a slow and torturous death when his old friend Wellington adopts him as his son. But now he's on the wrong side. Will he be branded a traitor? Or killed in a battle with the 10th US Cavalry or the Mexican Army? Jim finds his loyalties now divided, and he begins to understand the plight of his captors. But as supplies and ammunition run out, Jim's fate is tied to that of the doomed Apache warriors and survival seems unlikely.