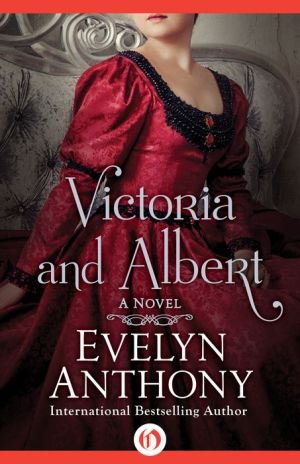 Share:
Drawn from Queen Victoria's diaries and correspondences, Evelyn Anthony's novel reimagines the story of how a sheltered eighteen-year-old girl ascended to the British throne, became a major force in politics, and fell in love with her husband

When King William dies, his teenage niece Victoria becomes queen. In spite of her youth and lack of experience, the eighteen-year-old surprises her detractors by taking the reins with poise and grace, vowing to always put the welfare of her realm first. Yet from the moment she meets her cousin, the handsome, fair-haired Albert, she becomes obsessed by love. Homesick for Germany, Albert wishes the petite, birdlike creature would choose someone else. But when Victoria asks him to share her life, he has no choice but to say yes.

Evelyn Anthony's novel captures Victoria's passion for Albert, along with the contradictions in her personality and monstrous ego that almost destroyed her marriage. Although she bore Albert nine children, Victoria lacked maternal instinct. In many ways she mirrored the callous indifference of the era: Child labor and grueling fourteen-hour workdays were commonplace in Victorian England. Spanning the first twenty-one years of her reign, Victoria and Albert is a love story and a revealing portrait of a marriage.

In 1837, an eighteen-year-old girl ascended the throne of Great Britain, and within three years Victoria had established herself and the Crown as a major power in politics. Much has been written of her marriage to Albert, but little has been included of the struggle between husband and wife. Evelyn Anthony now recreates the Victorian past to tell the story of that love, and how Victoria eventually came to love her husband better than herself or her own power.