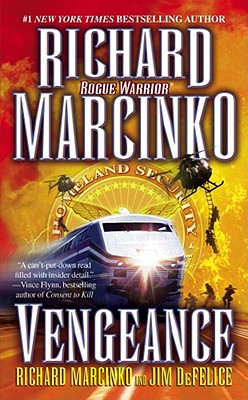 Armed with irreverent wit and a fully loaded submachine gun, Marcinko's fictional alter ego takes no prisoners as he and his Red Cell II team tackle fat-cat American bureaucrats as well as terrorists. Interspersing action with his classic combination of wisecracks and earthy humor, Marcinko crams a chemical explosion, a high-speed helicopter chase, a train hijacking, and a headless corpse into the first few pages. When it becomes clear that terrorists are gunning for Demo Dick as well as the country's most precious symbols and institutions, things become very personal. Forget the Rogue Warrior's usual terms of endearment -- this time he's out for blood.