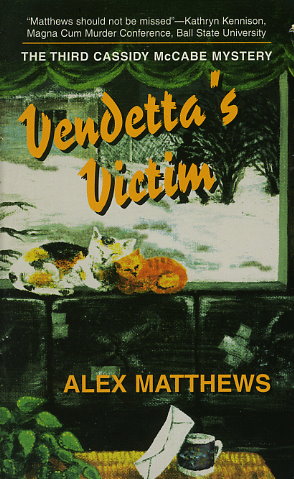 Share:
Psychotherapist Cassidy McCabe has a houseful of kittens and her reporter partner, Zach Moran, living with her, but life is relatively tranquil. That is, until a series of women begin approaching her with letters from an unknown man named Cliff, who is recommending Cassidy as a therapist. Cliff has a vendetta against women and has launched a vicious crusade to seduce and victimize them. As Cass enlists Zach's aid to investigate, she finds that Cliff has begun to stalk her!