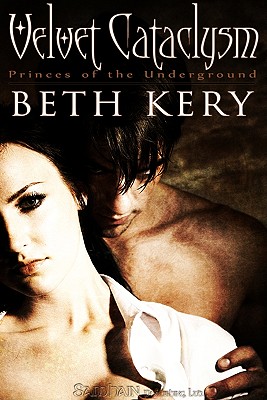 Share:
In his battle to resist, he found the impossible. His soul.

Christina Astor's telepathic ability is an asset in her job as a psychiatric social worker. What's driving her crazy, though, is her elusive, gorgeous landlord. She senses that Saint Sevliss wants her with an all-consuming hunger that's somehow…different. Just how different becomes all too clear when his dangerous world collides with hers.

For centuries, Saint's kind have been called vampire and werewolf. Even soulless. But their true nature remains a mystery. Bound by a magical mandate to control his bloodthirsty clone, Teslar, at all costs, Saint will do anything to keep Christina away. She infuses his gray universe with life and color, but his world -- and his need -- would destroy her.

When an attack reveals the true power of Christina's gift, one thing is certain -- Teslar won't rest in his underground labyrinth until he possesses her, body and soul…