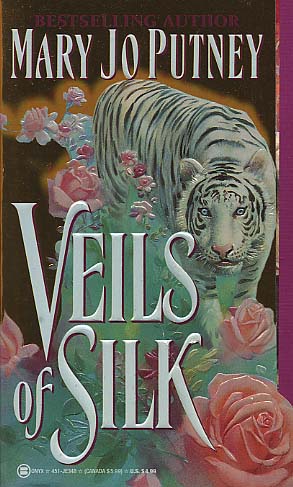 Share:
Laura Cameron thinks she has suppressed her sensual nature behind a facade of Victorian propriety, until she meets the courageous army major Ian Cameron. The golden-eyed Laura offers hope for a new life to Ian after his years of captivity in Central Asia has shattered his dreams. And Ian, in turn, offers her a marriage proposal she dares to say yes to. And so, together, they journey from India's lush plains to its wild mountain passes, struggling to build a marriage unlike any other. Yet the danger and intrigue that surround them are less perilous than the veiled secrets of their own hearts. Only indomitable courage and unshakable love will free them to claim the fiery passion they both fear... and desire.