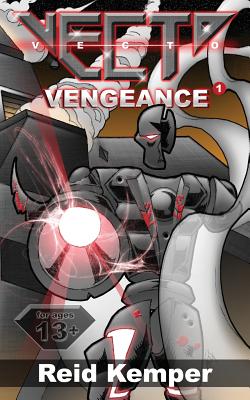 An obsessed robot, lightning-fast cyborg, armored ex-military commander, sword-wielding teenage thief, sniper/assassin, martial arts master/farmer, and others cross paths in this action-packed story about a sentient robot named Vecto who goes on a vengeful search for a longtime nemesis. But as Vecto's actions turn drastic, will he become a hero or a villain?This is the first "original English light novel" published by an American company. It was edited by Paul Witcover, who has worked with Del Rey, Tor, Tokyopop, and DC Comics and has written a Nebula-nominated novel.This light novel is inspired by anime, superhero movies, RPG video games, and similar media. It's rated 13+ due to violence. A light novel is a short form of writing popular in Japan. These books predominately focus on dialogue and action.
Reviews from Goodreads.com