Variations in the Night — Emily Listfield 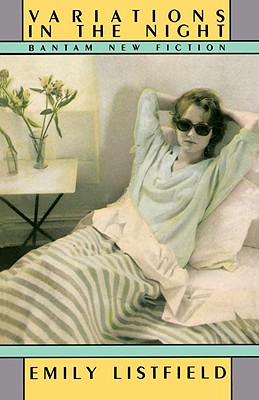 Share:
Amanda halfheartedly works in Legacies, a small Greenwich Village clothing boutique. She's never had a serious involvement, only casual flings. Sam is a midwesterner trying to make it as a reporter in the big city. He just left his hometown girlfriend back in Ohio. Amanda is afraid of commitment, but doesn't know it. Sam is prepared to abandon the budding relationship rather than risk rejection. From New York City's downtown night spots East to Lower East Side Lofts, here is a wry and bittersweet look at the complex 1980s relationships of two people whose own hearts have them terrified.
Reviewing her first novel, It Was Gonna be Like Paris, " The New York Times "called Emily Listfield "an accurate, often disarming reporter of her generation's foibles." Variations in the Night continues her contemporary chronicles.