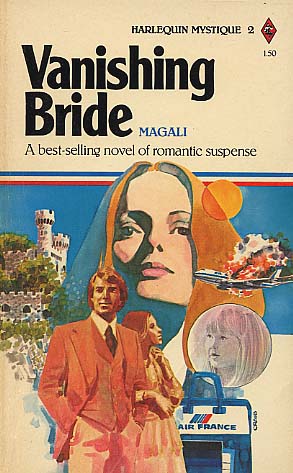 Share:
They thought she had died in the crash

"Your husband will never find you..."

In the desolate mountain fortress, Marion Maresco tried to piece together the shattered remnants of her life. But her precious calm was soon swallowed up in a maelstrom of intrigue and trickery, which swarmed through the ancient walls of Castel Terralba.

Not the least of her problems was the fiercely handsome Marquis, Don Carlo de Terralba, who did not suspect the real reason for Marion's presence in remote Sardinia.

Fearing detection, Marion attempted to escape another situation that had become unbearable to her. But no one escaped the Marquis!