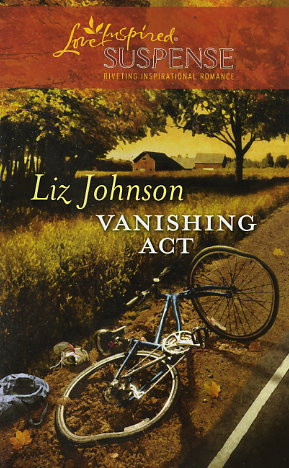 Eighteen months ago, Nora James watched as her father was shot in an alley -- and then she fled. She changed her name, her appearance and her job, hoping to keep her father's shooter at bay. For months, it worked...but now her luck has run out. A ruthless assassin is on her trail, and soon Nora, now known as Danielle, will be found. But this time, she has FBI agent Nate Andersen by her side -- right? The handsome agent would give his life to protect Danielle, but he's wary of giving his heart...until a deadly confrontation leaves him with both on the line.
Reviews from Goodreads.com

The book begins with Nora James being kidnapped and watching her father shot. At his request, she gets in his car and takes off for parts unknown, never looking back. Eighteen months later, she's Danielle and is in a small town working as a mechanic. When FBI agent, Nate Anderson, learns that the cartel has located her, he takes off to enroll in community classes and see if he can find her before they do. There's an important reason, and though it was revealed early in the book I don't want to ruin the element of surprise, so I won't go into detail here.

This book is related to Liz Johnson's previous LIS book, "The Kidnapping of Kenzie Thorn (another fun book). But there's no details mentioned except that they are on their honeymoon - that's it. But I've learned that her next book is about Heather, who assists Nate with his investigation throughout this book.

The suspense:
The suspense was good (and nicely mixed in with romance). We have several people from the auto mechanics class that plays an important role in this story. I guessed very early in the book who it was but enjoyed seeing what excuses the other suspects had for their actions. The suspense kept me reading the book, but one part I didn't really agree with was Nate leaving Danielle/Nora unguarded. Regardless of reputation, I think the only thing an FBI agent could do was stay in the same room with her and never leave her side - or better yet call in a female FBI agent to protect her...

The Romance:
It was great. There's plenty of kisses if you like that. He held her when things got tough, but they both fought their growing feelings. Nate's elementary reasoning of being a bad husband didn't set well with me (I get so tired of that same-old excuse in these books), but I decided that because I could hardly put this book down, it was still deserving of five stars.