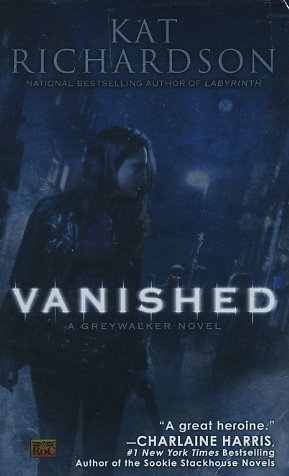 Share:
Harper Blaine was your average small-time PI until she died -- for two minutes. Now Harper is a Greywalher, treading the thin line between the living world and the paranormal realm. And she's discovering that her new abilities are landing her all sorts of "strange" cases.

For Seattle investigator Harper Blaine, her own case may prove the most difficult to solve. Why did she -- as opposed to others with near-death experiences -- become a Greywalker? When Harper digs into her own past, she unearths some unpleasant truths about her father's early death as well as a mysterious puzzle. Forced by some very demanding vampires to take on an investigation in London, she soon discovers her present troubles in England are entangled with her dark past back in Seattle -- and her ultimate destiny as a Greywalker.