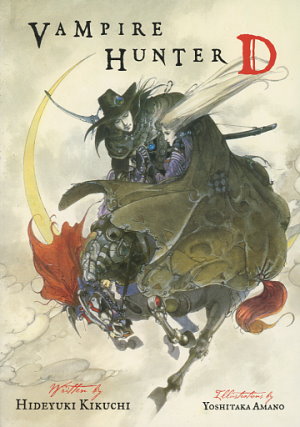 Share:
It is the year 12,090 A.D. The world has ended, ravaged in a firestorm of man's wars and madness. But from the wreckage a few humans manage to survive. A few humans ... and something else.

Doris Lang knew what her fate was when the vampire lord Count Magnus Lee bit her. An agonizing transformation into one of the undead, to be stalked by her fellow villagers or cursed to become the bride of the unholy creature and face an eternity of torment, driven by the thirst for human blood. There was only one chance, and as she watched him ride in from the distance she knew there was hope. Salvation ... from a vampire hunter named D.