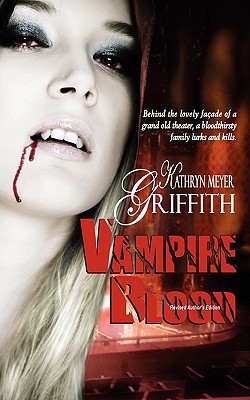 Share:
For years the vampire family lived in the shadows, hidden by the night and people's disbelief; feeding on animals or throw away people who would never be missed. As the family moves into an old theater to cover up their crimes, the youngest are restless and determined to live as they like. Killing and feeding when and where they want. Feeding on who they want. Only the oldest vampires have managed to keep them in check. But no longer.

Unaware of the nightstalking menace, the townspeople of Summer Haven, Florida, blithely go about their daily lives until, one by one, they disappear. Screams are heard in the night. Fear grows. But the lost are never found…alive.

Jenny Lacey and her father, who are hired to renovate the old Grand Theater, can't escape when they find themselves caught up in the middle of the vampire's war. In the end, it's up to Jenny, her brother and her ex-husband to get rid of the bloodthirsty fiends that are destroying their town…if they can.