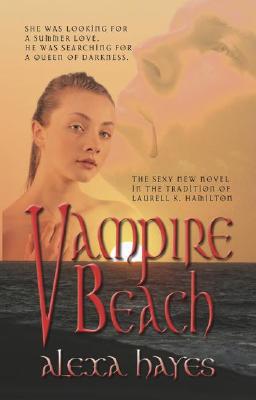 Share:
SHE WAS LOOKING FOR A SUMMER LOVE.
HE WAS SEARCHING FOR A QUEEN OF DARKNESS.

Alexandra Hart is content with her life in the small California coastal town of Santa del Sol. She is cocooned in the blanket of a close-knit community where everyone knows their neighbors, and hanging out at the beach or the boardwalk is a way of life. Living in the beach house and running the boardwalk shop left to her by her great aunt, Lexi has stability, security, and comfort. But with the arrival of an Irish American entrepreneur and his unusual business associates, all that is about to change.

After four hundred years, vampire Rafferty O'Neill has what he's always wanted: his freedom. It didn't come easy. The blood of friends and allies stained his hands, stealing away what little he had left of his soul, but he is now a Master Vampire, with a small entourage of followers depending on him. Rafe chooses the quaint tourist town of Santa del Sol to set up his nest, a peaceful place where he can create a secure sanctuary for his small tribe of vampires and human servants. He has almost everything he needs. He owns a nightclub to keep funds coming and distract the public from the nocturnal habits of his people. He's bought out a large area of beachfront property to build his compound and set up the necessary security to shelter his family in the daylight hours. The only thing standing in his way is a beautiful, spirited brunette shopkeeper who refuses to consider selling her home to him, a home lying in the middle of his planned refuge.

Rafe has never met a more tenacious human, male or female. Most people bend to his will without question. He's sent seasons soldiers falling, quivering, to their knees with a glare. But Rafe doesn't want to break that spirit, force his will upon her. Her kind soul draws him to her. He wants to bask in her warmth, to drown in her rich essence, perhaps for eternity. Can this mortal woman find happiness in the arms of a monster? Can a vampire find home, not inside a guarded casket, but inside a fragile human woman? Can both survive the twist and turns thrust upon them by fate and the creatures of the night?