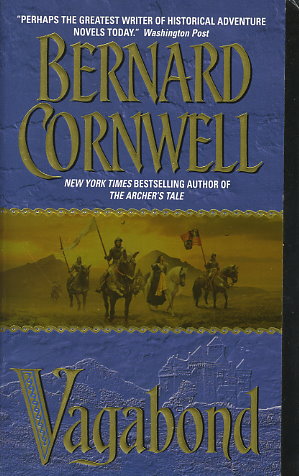 Share:
In a time of treachery and brutality, a courageous warrior will face the fires of battle as he journeys on the ultimate quest: the search for the Holy Grail

1347. Five years have passed since Thomas of Hookton began his quest for justice . . . and the Holy Grail. Now, as England's army fights in France, her Scottish foes plan a bloody invasion that will embroil the young archer. Yet nothing will stop him from his mission. Not the mysterious black-clad knight who murdered his father, nor even his new nemesis, a sinister Dominican Inquisitor. Escaping across the sea, Thomas will soon be caught in one of the bloodiest fights of the Hundred Years' War: a battle of blood, flames, and butchery that will bring him face-to-face with his enemies . . . and test him as never before.