Used to Be — Mark Bousquet 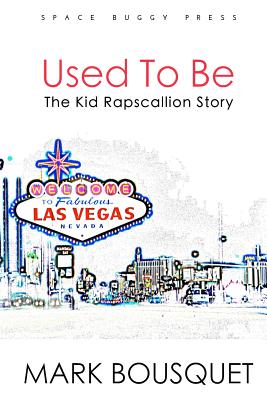 Space Buggy Press invites you to experience twenty years in the life of Jason Kitmore, better known to the world as the flashy young superhero, Kid Rapscallion. Mark Bousquet’s ambitious novel spans the entire history of the Kid’s troubled career, from his adoption in 1994 by the billionaire Flacks to a final chance at redemption by saving the young woman who replaces him as Rapscallion’s young ward. Between these two seminal moments, Jason’s life offers an insider’s view of the superhero experience from the mid-90’s to the present, and details how the cape and cowl community’s failure to prevent the 9/11 terrorist attacks fundamentally alters their relationshp with the American public. USED TO BE is the story of a young hero who burns hot only to become consumed by his fame, who rises to soaring heights only to be dragged down by personal demons and self-destructive addictions. This novel contains adult situations and language, including sex, violence, and drug use.
Reviews from Goodreads.com