Up the Creek Without a Poodle — Madison Johns 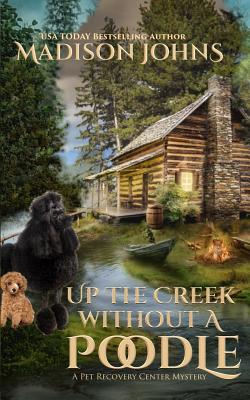 Share:
With her new business venture - a service to recover missing pets called Pet Recovery Center up and running, Penny Clark is ready to investigate when she learns Winston, a prized poodle, has been dognapped. Nevermind that the body of Kevin Throop was also discovered at the family apple orchard. She has a job to do!Things would be a lot easier if Penny didn’t have to play referee to her divorced grandparents, but she had agreed to take her grandfather in when he'd been forced to leave the rustic cabin he’d been living in. She would just have to make the best of it.Going against the strict orders of Sheriff Nathan Bradley, who was once her high school sweetheart, and with her partner, Holly, at the helm of the Pet Recovery Center bus (and her divorced grandparents along for the ride) Penny's Pet Recovery Center tackles their first case — to find the missing poodle — but what she uncovers is murder...and a whole lot more.