Up In Flames — Jennifer Blackwood 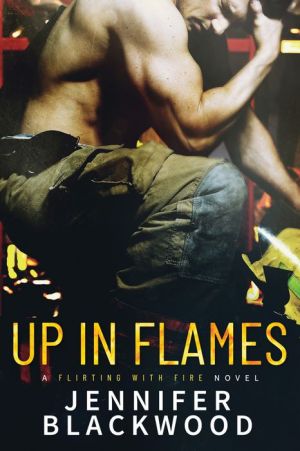 Share:
It takes one little spark for enemies to ignite into lovers in a searing-hot novel by USA Today bestselling author Jennifer Blackwood.

Sloane Garcia has butted heads with Reece Jenkins ever since he was a colossal jerk of epic proportions on a night she'd rather forget. So what if he's overconfident, ultra-masculine, and hard muscled? When she finds out he's on the auction block at the annual firefighter's charity event, she decides to give this cocky firefighter a dose of his own medicine. Now that she's won the hunk, he's on call -- to do whatever Sloane wants.

Sure, Reece and Sloane had a rocky start, but he had his reasons. None of that matters now that he's the bachelor at her beck and call, tasked with granting her four wishes in four weeks. He runs into burning buildings for a living, but nothing will be as tough as dousing the flames Sloane ignites in him. What started out as just a game might end up with Reece losing the one thing he swore he'd never give up: his heart.