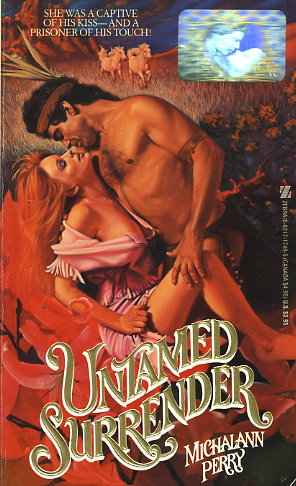 She was a captive of his kiss -- and a prisoner of his touch!

WILD EMBRACE
Starr thought the world had ended when Indians killed her family and carried her away to the wilderness. Then she glimpsed the strikingly handsome half-breed, Blue Eagle. The heat of his smoldering blue gaze brought a blush to her cheeks. The strength that rippled across his bronzed chest sent a shiver of desire down her spine. She vowed she'd never submit to the savage warrior. But when he took her in his arms, it was his kiss that held her captive, his touch that imprisoned her -- and one night of forbidden ecstasy that bound her forever to his side....

SAVAGE CARESS
Blue Eagle knew the world had only just begun the day he saw the white woman captured by his tribe. Her hair was as radiant as the evening sun, her eyes the color of smoke. Though he had sworn to make a life with his father's people, Starr was a challenge he had to meet. He wanted to caress her lush curves until her flesh grew taut with passion. He needed to feel her burning response beneath him. He'd claim her as his own, but only when he'd tasted her complete UNTAMED SPLENDOR.