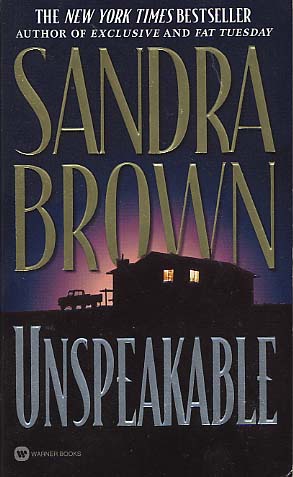 Carl Herbold is a cold-blooded psychopath who loves violence, a murderer who has just escaped the penitentiary where he was serving a life sentence. Bent on revenge, he is on his way back to where he began--Blewer County, Texas.

Born deaf, lately widowed, Anna Corbett fights to keep the ranch that is her son's birthright, unaware that she is at the center of Carl Herbold's horrific scheme--and that her world of silence and self-imposed isolation is about to explode.

A drifter whose casual air belies his troubled past, Jack Sawyer arrives at Anna's ranch asking for work, while hoping to protect the innocent woman and her son from Herbold's rage. But Sawyer can no longer outrun the secrets that stalk him--or the day of reckoning awaiting them all...