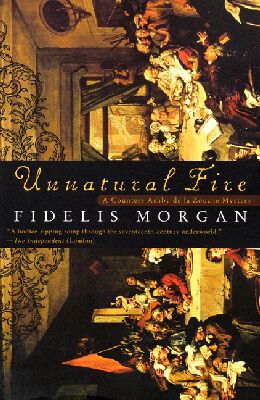 Share:
Restoration London, 1699 -- Anastasia Ashby de la Zouche, Baroness Penge, Countess of Clapham, and former mistress to King Charles II, has astonishingly been jailed in debtors' prison. Joining forces with her loyal ex-maidservant, Alpiew, the formerly pampered and proper Countess sets out to make a living by working for the scandal sheets -- a line of work that inevitably leads her through some of the seamier byways of the city. She and Alpiew find a welcome additional source of income when they are approached by a stranger who asks them to gather evidence to prove her husband is committing adultery. But the uncomfortable job of trailing after the handsome merchant in the depths of winter ends abruptly in a Covent Garden churchyard with a brutal murder.

Implicated in the crime, the Countess and Alpiew find themselves drawn into a complex labyrinth of deceit, violence, and the mysterious world of alchemy. And the more they investigate, the more complex the picture becomes, involving everyone from the most decrepit back-alley criminals to some of the most influential people in all the land.