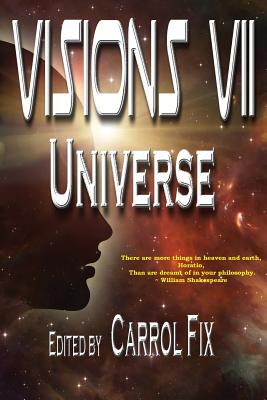 Final anthology in the Visions Series.
The Visions series tells the story of how humanity must ultimately venture outward from our tiny home and explore the Universe. Visions: Leaving Earth, the first volume, describes our first faltering steps to rise from Earth's surface and build homes in space. Visions II: Moons of Saturn confirms humankind's success in leaving Earth and building homes in the other planetary systems circling our sun-father Sol. Visions III: Inside the Kuiper Belt proclaims domination of all that dwells within the solar system--from our Sun to the outermost reaches of the Kuiper Belt and into the Oort Cloud. Visions IV: Space Between Stars astounds us with the infinite possibilities of adventure and danger far from any suns or planets-- in the cold, dark regions of deepest space, where dark matter and nebulas of celestial gases abide. Visions V: Milky Way leads us to explore our own galaxy. Although vast and unreachable with current technology, the Milky Way is but a tiny point in the Universe. We must first learn about our own home galaxy before we can explore further outward to other galaxies. Visions VI: Galaxies follows human progress into other galaxies. Humankind survives to spread across the Universe, making distant galaxies and planets into a home for a race destined to seek horizons ever more far away.