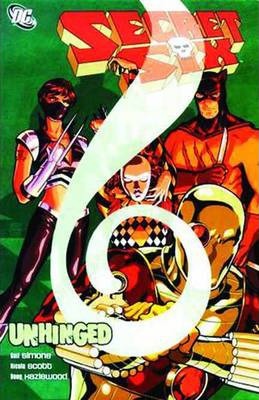 The Secret Six are back in an all-new ongoing series that promises to deliver some of the darkest, most twisted action-adventure the DC Universe has seen since...well, the last time the Secret Six got together!
Join Catman, Scandal, Deadshot, Ragdoll, and their two newest members as they hit the road on the run from some of the world's most dangerous killers! A contract has been put out on the lives of the Six, but the sly team has some tricks - and a whole lot of bullets - up their own sleeves! Prepare for an adventure that will take them through a gauntlet across the seediest parts of the DC Universe, and will ultimately pit them against a foe more monstrous and murderous than any they've ever had to face!
Reviews from Goodreads.com