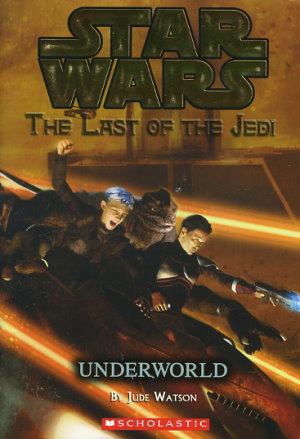 Who Are The Last Of The Jedi?

As a Jedi apprentice, Ferus Olin had to leave the Jedi Temple in disgrace. Now he must return to redeem himself -- and save the future of the Jedi Order. The Empire now controls the Temple and everything inside ... including, it is rumored, an imprisoned Jedi.

Ferus and his street kid partner, Trever, must plunge into the depths of Coruscant in order to free this Jedi, exposing themselves to a dark underworld where both thieves and refugees hide from the Emperor's wrath. Breaking into the Temple isn't going to be easy ... and surviving the underworld is going to be even harder.