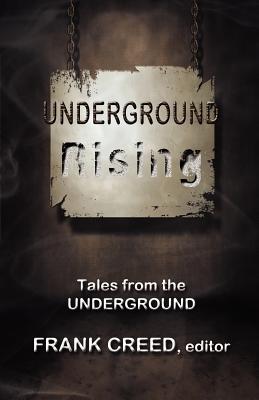 Share:
Walk the 2030s streets of the USA, alleys of Germany, and tunnels of New Zealand. Through twelve tales from the Underground, One State Neros enforce their global ban on Fundamentalism in the world's dark future. Armed with the hottest technology and faith, heroes choose right decisions for spiritual freedom in spite of the cost. Will the saints' mindware, a type of software loaded directly into the brain, provide enough of an advantage to survive the twenty-first century purge? Biblical cyberpunk at its best. Each of the anthology stories are based upon Frank Creed's UNDERGROUND-the award-winning novels Flashpoint: Book One of the Underground and War of Attrition: Book Two of the Underground.