Under the Voodoo Moon — Laura Leone 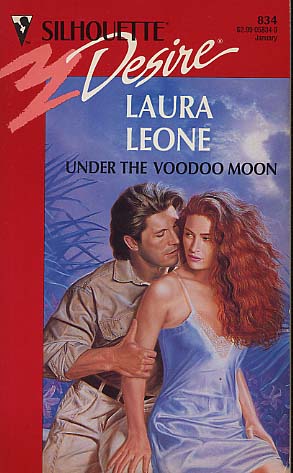 He was wet, he was barely alive ...and he couldn't remember a thing! Then he opened his eyes to find himself lying on a beach, staring at a beautiful, voluptuous woman who said her name was Cherish Love. If he hadn't been scared to death he'd have laughed ...then he'd have made a pass at her!

At first, Cherish couldn't believe her eyes .... Lying on the shore was a handsome, half-naked man. He was carrying a stuffed pink bunny rabbit and the engraving on his watch said his name was "Ziggy." But how had he gotten there? And why was he having terrible nightmares?

And what would happen when he got his memory back?