Under the Knife — Tess Gerritsen 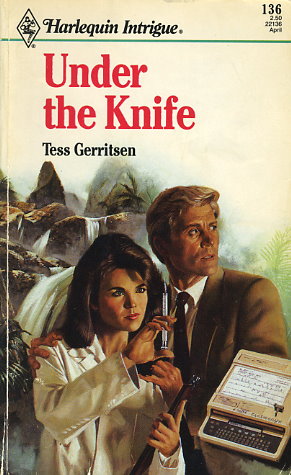 Dr. Kate Chesne knew that no surgery was ever routine, but when a colleague and friend perished on the operating table during a simple gallbladder extraction, her very profession was threatened. Had she misread an EKG ... or was something, someone else the cause of death?

A malpractice suit turned Kate's Hawaiian paradise into a living hell. No one, not the hospital administrator and certainly not prosecuting attorney David Ransom, believed in her innocence. David had seen more than his share of pain dispensed from the lofty, godlike medical community ... but soon even he had to admire Kate's dedication.

David hoped she was wrong. For if murder had been committed in OR #7, Kate Chesne was the next target of a fiendishly clever psychopath.