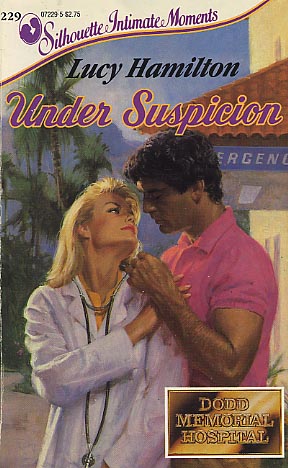 HER DREAM COME TRUE WAS BECOMING A NIGHTMARE!

Allison Schuyler felt as if she were watching her medical career go up in smoke before it even got going. She had barely started her internship when chief resident Cruz Gallego began accusing her of being a rich, spoiled prima donna. Not only was he wrong, but it hurt to hear such things from the man she found herself falling for.

Then the drug thefts began, and suddenly Ally was suspected of much more than mere snobbishness. She knew she was innocent, but proving it was another matter. She needed Cruz's help to clear her name--just as she knew she needed his love to survive.
Reviews from Goodreads.com