Under his Skin — Jeanie London 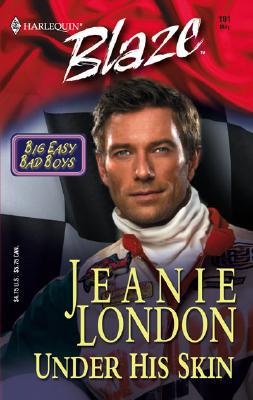 Behind the wheel or in the boardroom -- Anthony DiLeo is accustomed to coming out on top. Until Tess Hardaway makes him an offer he can't refuse. His solid proposal to combine their businesses for profit turns provocative when she counters with the suggestion they drive cross-country together...getting to know each other in every possible way. It's a sweetly sexy deal only a fool would pass up.

Tess proves that she has some irresistibly fancy moves, both on the road and off. And by the time it's too late to turn back, Anthony definitely is not coming out on top. But it seems that where Tess is concerned, he's satisfied to come in second.