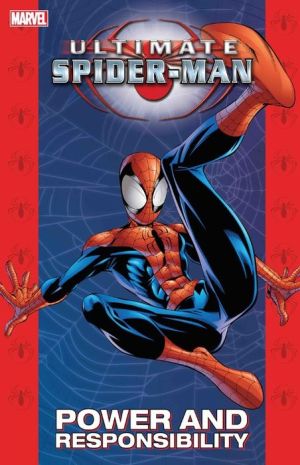 "With great power comes great responsibility." In 1963, these prophetic words launched one of the most successful and recognizable characters of the 20th century - Spider-Man! The powers granted to bookish Peter Parker by a radioactive spider have fueled the imaginations of fans worldwide for decades. With the dawning of a new age, however, comes a hero for a new millennium...an ultimate take on Spider-Man for a new generation! With the brilliant minds of Brian Michael Bendis and Mark Bagley reinventing Peter Parker for the 21st century and breathing new life into this legendary mythos, Spider-Man has reasserted himself as one of the most popular characters in the world! Witness the rebirth of a legend as young Peter Parker learns the hard way that with great power, there must also come great responsibility!
COLLECTING: ULTIMATE SPIDER-MAN (2000) #1-7
Reviews from Goodreads.com