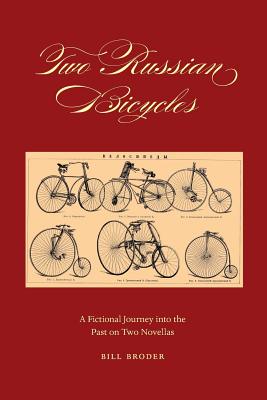 "Two Russian Bicycles" consists of two novellas that dramatize the moral ambiguities forced upon humans once they attempt to shape their cultural landscape. These curiously related works of fiction, firmly based on historical fact, are prophetic of the future course of Russian and world history. Both portray the difficult domestic relationships of significant Russians at the beginning of the 20th century. These personal histories reveal how the small battles of the hearth, friendship, and love underlie the effort to remain human in times bedeviled by a brutal destiny. "Tolstoy's Wife" depicts Sonya Tolstoy's struggle for the love of her husband, Leo Tolstoy-a struggle intimately shaped by her belief in the values that inform Tolstoy's great novels. She contends with Tolstoy's fear of death and his longing for salvation that drive him to abandon his fiction and become, in her eyes, a "second-rate" prophet of a primitive Christianity. Tolstoy's devoted daughter, Sasha, and his disciple, Doctor Kholkov, join forces against Sonya, using Tolstoy's secret diaries and his last will as tools to wrest the copyright for Tolstoy's great works from Sonya in order to donate their royalties to "the people." The struggle is both heroic and tragic, for, although all the characters act for the highest of motives, their lives are warped by their uncompromising natures and the contradictions within their goals. Doctor Kholkov's aborted courtship of Sasha, Sasha's ambivalent relationship to her mother and her enslaving devotion to her father form a moving undercurrent in the tale. The death of Tolstoy in 1910 resolves all the passionate complexities of these lives. "The Sphynx of Kiev" emphasizes the importance of Lenin's personal life and character in shaping the distinctive properties of the Russian Revolutions at the beginning of the twentieth century. The events take place in Geneva and London at the moment when Lenin forged the foundation for the Bolshevik Party to counter democratic tendencies among his socialist revolutionary peers. The story traces the roots of Lenin's "hard" character in the events surrounding the state execution of his revered brother Alexander and the refusal of the family's liberal friends to support Lenin's family. The novella dramatizes Lenin's marriage, the break-up of his longstanding friendship and revolutionary partnership with Martov, and the disillusionment of a young follower as Lenin turns to a brutal repression of all ideological enemies within the movement. The novella demonstrates that human frailties have cataclysmic historical consequences.
Reviews from Goodreads.com