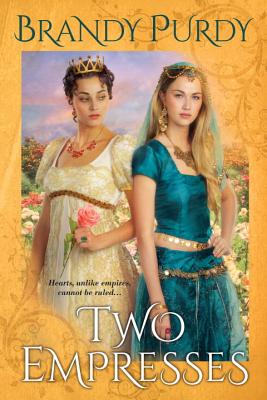 
1779, France. On the island paradise of Martinique, two beautiful, well-bred cousins have reached marriageable age. Sixteen-year-old Rose must sail to France to marry Alexandre, the dashing Vicomte de Beauharnais. Golden-haired Aimee will finish her education at a French convent in hopes of making a worthy match.

Once in Paris, Rose's illusions are shattered by her new husband, who casts her off when his mistress bears him a son. Yet revolution is tearing through the land, changing fortunes -- and fates -- in an instant, leaving Rose free to reinvent herself. Soon she is pursued by a young general, Napoleon Bonaparte, who prefers to call her by another name: Josephine.

Presumed dead after her ship is attacked by pirates, Aimee survives and is taken to the Sultan of Turkey's harem. Among hundreds at his beck and call, Aimee's loveliness and intelligence make her a favorite not only of the Sultan, but of his gentle, reserved nephew. Like Josephine, the newly crowned Empress of France, Aimee will ascend to a position of unimagined power. But for both cousins, passion and ambition carry their own burden.

From the war-torn streets of Paris to the bejeweled golden bars of a Turkish palace, Brandy Purdy weaves some of history's most compelling figures into a vivid, captivating account of two remarkable women and their extraordinary destinies.