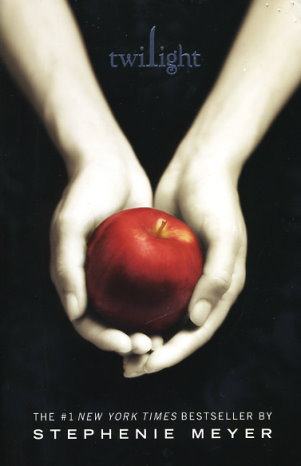 About three things I was absolutely positive:
First, Edward was a vampire.
Second, there was a part of him -- and I didn't know how dominant that part might be -- that thirsted for my blood.
And third, I was unconditionally and irrevocably in love with him.

"I'D NEVER GIVEN MUCH THOUGHT TO HOW I WOULD DIE -- I'd had reason enough in the last few months -- but even if I had, I would not have imagined it like this. . . . Surely it was a good way to die, in the place of something else, someone I loved. Noble, even. That ought to count for something."

When Isabella Swan moves to the gloomy town of Forks and meets the mysterious, alluring Edward Cullen, her life takes a thrilling and terrifying turn. With his porcelain skin, golden eyes, mesmerizing voice, and supernatural gifts, Edward is both irresistible and impenetrable. Up until now, he has managed to keep his true identity hidden, but Bella is determined to uncover his dark secret.

What Bella doesn't realize is the closer she gets to him, the more she is putting herself and those around her at risk. And, it might be too late to turn back. . . .

Deeply seductive and extraordinarily suspenseful, Twilight will have readers riveted right until the very last page is turned.
Reviews from Goodreads.com

Book 1: Twilight
Isabella Swan, known as Bella, is going to live with her father in Forks, Washington. Her mom has remarried and Phil is a minor league baseball player so they travel. She leaves sunny Phoenix, Arizona to rainy Forks. Bella is rather shy. She is intrigued when the Cullen family comes to school and is hurt when Edward looks at her with pure hatred in the class they have to share a table together. If you read Midnight Sun you will see Edward's side of this situation.
Edward Cullen lives the life of a seventeen year old although he is much older. His family has to move around after so many years when folks see they are not getting any older. And he is always in high school. Life has become tedious. The other members of his family all have someone; Carlisle & Esme, Emmett & Rosalie, Alice & Jasper. Of course none of them are truly siblings. They are bonded by the secret that no one can know about, they are vampires. This family has chose to live among the humans and to drink animal blood, not human. As vampires they have abilities such as moving quickly and never aging but some have special abilities. Edward can read minds and Alice can see the future in visions where Jasper can control emotions. For Edward it can be annoying to have every one's voices in his head. Suddenly when he looks at the new girl, all he hears is silence. He cannot read Bella Swan's mind.
After Edward saves Bella's life, her curiosity will not let him escape how he was able to get to her quickly and to stop a vehicle with his arm. She eventually finds their secret and is invited into his world. Bella finally feels like she belongs somewhere.
The Indian reservations nearby there are more secrets. When there are vampires in the area and they seem threatened, the young men are called forth to shift into wolves. And because of some rogue vampires in the areas things are heating up. And Bella ends up in the middle of everything. Definitely a series you want to read in the order written.
http://justjudysjumbles.blogspot.com/2011/11/stephanie-meyer.html

Didn't care for the way the writing started out in this book, never finished it, but LOVED THE MOVIE ! Oddly enough I read another book of hers not in this series and loved it! 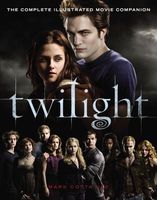 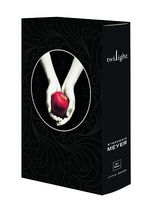 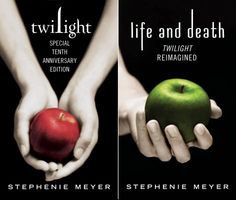 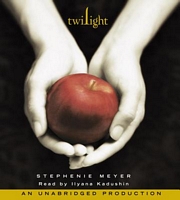 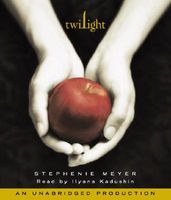 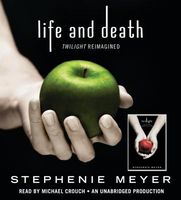 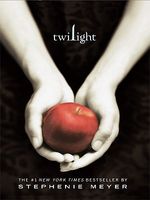