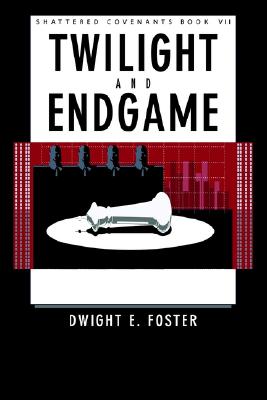 Share:
Twilight & Endgame concludes the Shattered Covenants series with the acquisition of McKenzie Barber by Robson Allen & Harbridge, the firm's historical rival. Twilight & Endgame describes the final days of McKenzie Barber as an independent firm. Joe Baxter, the central character, bears witness to the funerals of clients, mentors, and colleagues against a background of struggling factions seeking to gain control of McKenzie Barber. The pain of Baxter's personal life including the loss of his escape from McKenzie Barber, with the death of Leon Harwell, the death of his son at a time of reconciliation, against the backdrop of a last love. The villainous Clyde Nickerson at last receives his come uppance. Ernie Grey dies in a roller blading accident at age 70. Charlie Robson attends Ernie's funeral to dance on his rival's grave, and a once proud firm capitulates to an upstart rival. The successor firm is to be called Robson-Barber and the name of the founder, John McKenzie, disappears into the antiquity of business documents.