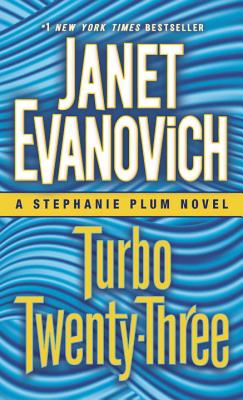 In the heart of Trenton, N.J., a killer is out to make sure someone gets his just desserts.

Larry Virgil skipped out on his latest court date after he was arrested for hijacking an eighteen-wheeler full of premium bourbon. Fortunately for bounty hunter Stephanie Plum, Larry is just stupid enough to attempt almost the exact same crime again. Only this time he flees the scene, leaving behind a freezer truck loaded with Bogart ice cream and a dead body -- frozen solid and covered in chocolate and chopped pecans.

As fate would have it, Stephanie's mentor and occasional employer, Ranger, needs her to go undercover at the Bogart factory to find out who's putting their employees on ice and sabotaging the business. It's going to be hard for Stephanie to keep her hands off all that ice cream, and even harder for her to keep her hands off Ranger. It's also going to be hard to explain to Trenton's hottest cop, Joe Morelli, why she is spending late nights with Ranger, late nights with Lula and Randy Briggs -- who are naked and afraid -- and late nights keeping tabs on Grandma Mazur and her new fella. Stephanie Plum has a lot on her plate, but for a girl who claims to have “virtually no marketable skills,” these are the kinds of sweet assignments she does best.
Reviews from Goodreads.com

Turbo Twenty-Three is the twenty-third full-length novel in the popular Stephanie Plum series by American author, Janet Evanovich. Industrial sabotage sees Stephanie moonlighting as an undercover investigator for Ranger at the Bogart Ice Cream factory. It would seem to be the perfect job, except for the yellow shower cap, the utter boredom and the chance of being frozen to death, a fate that has already taken two employees. Oh, and no free ice cream!!

As usual, plenty of madcap goings-on: in between bringing in skips, Stephanie is present for the demise of a Police car, her own Jeep Cherokee and two ice cream trucks; Lula decides her path to fame is in the making of naked video clips, the Trenton version of Naked and Afraid; and Grandma Mazur drives her daughter to drink by assisting in said videos, then bringing home a tattooed bikie bar-tender. And of course, Stephanie keeps vacillating between Morelli and Ranger: tempted between having her cake and eating it too.

Despite the fact that Stephanie misses a huge clue and almost gets frozen herself, the case is solved. Grandma Mazur’s bon mots are only just eclipsed in the hilarity stakes by Lula’s philosophical pronouncements on all aspects of life. As always, a fun read. 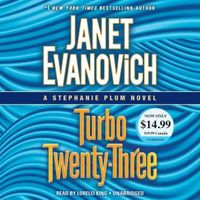