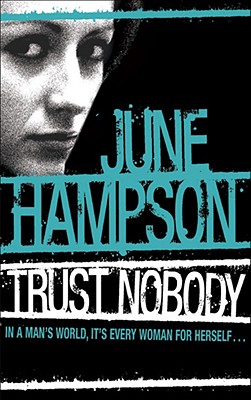 
'As good as Martina Cole and Jessie Keane' Amazon review
IN A MAN'S WORLD, IT'S EVERY WOMAN FOR HERSELF.
Daisy Lane runs the family's cafe with her husband Kenny's older brother Eddie. While Kenny serves time in jail for robbery, Daisy looks out for pretty 16-year-old Suze and, with escort Vera in tow, the three women form a strong and lasting bond.
The Lane brothers suffered a violent childhood, but Eddie took the brunt of the beatings. He has grown into a handsome, resourceful man - but also a villain with a vicious streak that leads him to commit acts of terrifying violence to get his way.
But hard man Eddie has an Achilles heel - Daisy. She resists him, but when her visits to Kenny in jail become more and more difficult, it is Eddie she turns to for support.
When Eddie pulls a racket too far, venturing into the patch of a villain who is even harder and more territorial than he is, Daisy discovers the hard way she can trust nobody. Even the man she loves the most . . .
If you like books by Jessie Keane, Kimberley Chambers and Martina Cole, you'll love Trust Nobody: the first novel in the Daisy Lane thriller series.
Why readers love June Hampson's thrillers:
'A cracking story' - THE BOOKSELLER
'A great alternative to Martina Cole' - Amazon reviewer
'If you like gritty, hard hitting drama then I would highly recommend this' - Amazon reviewer
'This book is an emotional rollercoaster full of grit, violence, sadness, warmth, emotion and love' - Goodreads reviewer