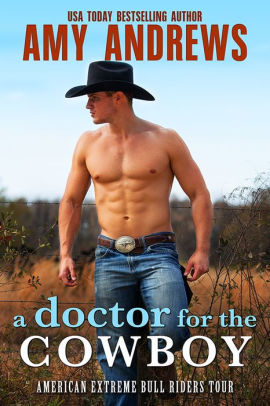 Cocky, young Aussie bull rider Troy Jensen has been busted down to the pro-circuit. He needs wins and points to get him back into the big league and a shot at being crowned champ but an injury forces him off the circuit and into the arms of the woman fate keeps putting in his path.

The first time local Doc Joss Garrity meets Troy, she’s brandishing a lug wrench. The second time, he’s dragging her delinquent teen son home. The third time, he’s in her ER. How he ends up convalescing at her house she’s not quite sure. But it does make it hard to ignore him and their simmering attraction.

As Troy gets to know Joss, he starts to see a life after bull riding for the first time. But can Joss risk her heart on another man who may not come home one day?