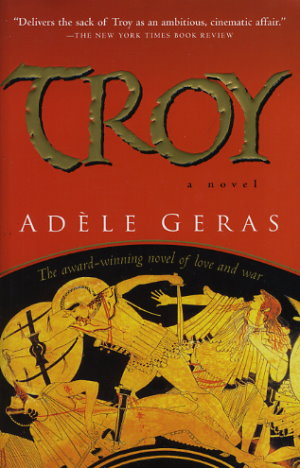 THE GRIMMEST OF WARS IS ABOUT TO GET WORSE.

The siege of Troy has lasted almost ten years.

Inside the walled city, food is scarce and death is common. From the heights of Mount Olympus, the Gods keep watch.

But Aphrodite, Goddess of Love, is bored with the endless, dreary war, and so she turns her attention to two sisters: Marpessa, who serves as handmaiden to Helen, the most beautiful woman in the world; and Xanthe, who tends the wounded soldiers in the Blood Room. When Eros fits an arrow to his silver-lit bow and lets it fly, neither sister will escape its power.