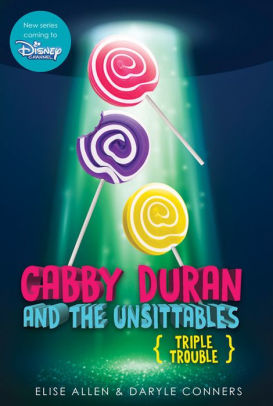 SUMMARY: With the entire Unsittables program in jeopardy of termination, Gabby Duran, Associate 4118-25125A has been tasked with caring for three young charges on the afternoon of a highly important Planetary Treaty Association (P.T.A.) meeting-one that could change the fate of the entire galaxy. While Gabby has proven in the past to be resourceful in a crisis, the members of A.L.I.E.N. currently have serious doubts about whether she has what it takes to protect the lives, and the identities of aliens here on earth. But we've decided to give her one last chance to prove herself.

Of course, it won't be easy. Her three new clients hail from three different alien planets and each have special powers that require a deep well of patience on the part of their caretaker. We also have recently received word that one of her charges, a young girl by the name of Sharli, has become the target of certain unsavory intergalactic elements who might wish to do her harm. Will Gabby manage to keep the girl safe (and on-planet) until her mother returns from her P.T.A. meeting? Will any of us live to tell the tale?

This fast-paced, planet-hopping, laugh-inducing novel perfectly wraps up the Gabby Duran and the Unsittables book series while catapulting readers into the action of the new Disney Channel Original Series of the same title, now airing on Disney Channel!
Reviews from Goodreads.com