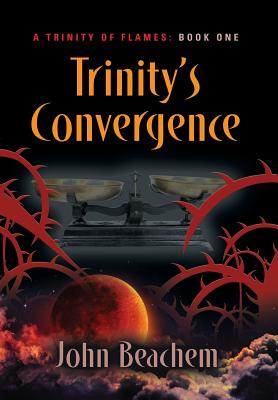 Magic has vanished from the world. Whereas once every living person could wield the powers of the arcane as easily and naturally as breathing, those days ended in a flurry of fire and destruction that has left the world a shell of its former, glorious self. For generations, the survivors have struggled to find new ways to live with only mundane tools and abilities as they fight over resources and artifacts of the old world.

For Miryam and her family, survival means trade: moving across the lands by wagon and bartering for their livelihood. They stay away and apart from the conflicts that surround them, but a chance encounter with a stuttering, nebbish scholar changes everything. Finding herself caught in a lengthy, brutal struggle between two rival clans, Miryam now faces an uncertain future that may mean leaving everything she knows and loves behind. Worse, it means considering that her encounter may not have been chance, but the beginning of a preordained series of events that will lead her to become the savior of the world, or the one who finishes what the flames of magic started so long ago.
Reviews from Goodreads.com