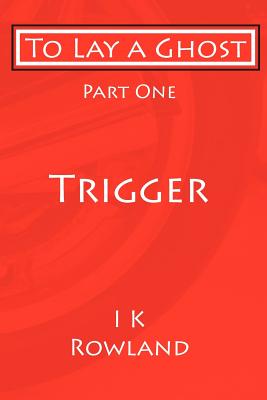 
TO LAY A GHOST is a male, gay, romance; an old-fashioned concept but set in modern times at the turn of the 20th century. It follows the loves and loyalties between and among a group of hardworking twenty- and thirty-something men who happen to be gay motorcyclists. In Part One - Trigger, while out riding his motorcycle, Stephen Paterson witnesses a fatal motoring accident in which a car driver is killed and a motorcyclist, Chaz, is seriously injured. This incident sets in motion a series of developments which completely change the lives not only of Stephen but also of Chaz and all his friends. Because of a heavy blizzard during the evening of the accident Stephen offers four of Chaz's friends overnight accommodation in his home. While they are eating the four friends tell Stephen that they are all gay; to their great surprise he accepts their statement with equanimity. He spends much of the ensuing night talking with David, Chaz's partner. From David he learns of the tragedy and subsequent difficulties in Chaz's early life and then of two tragedies in David's developing years. He also learns how David progressed from total stranger to become Chaz's life partner. Stephen also leans a considerable amount about the entire group of friends. After seeing David to bed, Stephen then spends the rest of the night talking to Rusty, Chaz's lifelong friend, who amplifies David's account, including some personal details of his own. Eventually as dawn approaches Stephen is able to complete a graphic design on which he has been working.