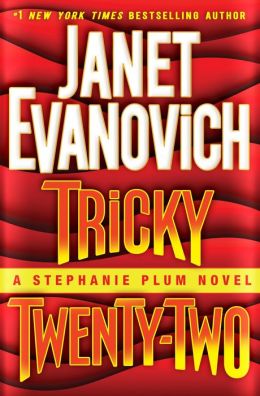 Something big is brewing in Trenton, N.J., and it could blow at any minute.

Stephanie Plum might not be the world's greatest bounty hunter, but she knows when she's being played. Ken Globovic (aka Gobbles), hailed as the Supreme Exalted Zookeeper of the animal house known as Zeta fraternity, has been arrested for beating up the dean of students at Kiltman College. Gobbles has missed his court date and gone into hiding. People have seen him on campus, but no one will talk. Things just aren't adding up, and Stephanie can't shake the feeling that something funny is going on at the college -- and it's not just Zeta fraternity pranks.

As much as people love Gobbles, they hate Doug Linken. When Linken is gunned down in his backyard it's good riddance, and the list of possible murder suspects is long. The only people who care about finding Linken's killer are Trenton cop Joe Morelli, who has been assigned the case, security expert Ranger, who was hired to protect Linken, and Stephanie, who has her eye on a cash prize and hopefully has some tricks up her sleeve.
Reviews from Goodreads.com

Tricky Twenty-Two is the twenty-second book in the popular Stephanie Plum series by American author, Janet Evanovich. Stephanie Plum, bond enforcement agent, is having only moderate success bringing in skips. But then her hot boyfriend, Joe Morelli, gives her some unwelcome news. Ranger employs her for duty protecting a rich couple at a mortuary viewing, which ends in an undignified scuffle, and some weird packages, both naughty and nice are turning up in Stephanie’s mail. It seems Grandma Mazur has been busy online…

This instalment of Plum pursuits includes three murders, fleas, fireworks, a frat house, snakes and freezers filled with grisly finds. Stephanie bakes a cake (by herself!!), gets a big pimple, suffers a bruise on cheek (and several more injuries) and gets a marriage proposal (amongst other, less desirable proposals).

Her Ranger-donated Mercedes is destroyed by geese, and the Porsche Macan, by explosives, but Uncle Sandor’s powder blue ’53 Buick remains indestructible. More than one character is considering career change, Stephanie’s mom, Ellen, gets into the action and, while Joe Morelli may be a hottie, his attitude leaves something to be desired in this instalment. A fun read, as always. 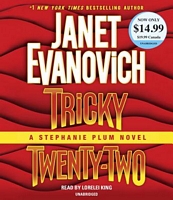