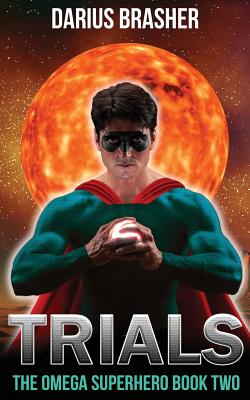 Theodore Conley’s troubles are just beginning after he spares the life of the supervillain who murdered his family. Theo must now endure the Hero Trials to further prove he is worthy of wearing a superhero’s cape.
On alien worlds and in other dimensions, Theo must fight other superhumans, his personal demons, and even his friends in the Trials’ vicious battles, tests, and contests. If he doesn’t prevail, he’ll lose the use of his superpowers. Even worse, he’ll never bring to justice the dark forces behind the supervillain who killed his family.
Little does Theo know those murderous forces are sabotaging his efforts. They know he has the potential to become the world’s greatest superhero.
With powerful and mysterious enemies hounding his every step, the question is not only if Theo will triumph in the Trials.
The question is if he’ll even survive them.
Reviews from Goodreads.com