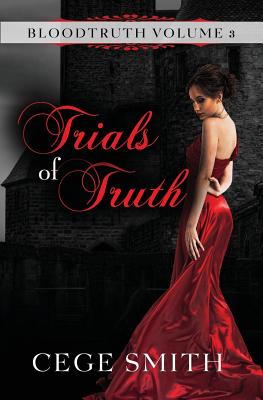 No one is safe in Altera as the lines between good and evil blur even further in this third installment of the Bloodtruth series… Queen Angeline Robart left her kingdom in the hands of her betrayer to embark on a mission to find her cure. But each passing hour that the wraith remains part of her seems to make it even more difficult to banish. The mysterious and elusive Clan seems to have the answers, but Angeline can’t help but question their motives, and the price she will be required to pay for her freedom. Connor is forced to make a decision between his fate and his love for Angeline. While his hope has always been that those two things would coincide, it seems that their ability to be together isn’t meant to be, at least if the Clan has anything to say about it. Meanwhile, back in the capital city of Brebackerin, Malin finds that the enemies who have been lying in wait want revenge for Connor’s betrayal. He must find a way to hold them off, and keep the kingdom in one piece, until Angeline’s return. The Bloodtruth series: Heiress of Lies (Bloodtruth #1) The Queen's Betrayal (Bloodtruth #2) Trials of Truth (Bloodtruth #3)
Reviews from Goodreads.com