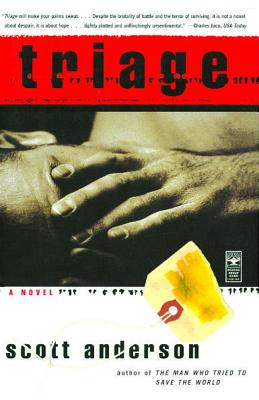 Share:
In this critically acclaimed debut novel, the aftermath of war in all its power is revealed in the lives of survivors and their loved ones. Mark, a young war photographer, returns to New York after being injured in a brush fire. Shell-shocked, torn apart by grief and guilt, he finds that his experiences have created a gulf between himself and his loved ones. The first to notice is his girlfriend, Elena, who grows increasingly alarmed as his condition continues to deteriorate. She is the most surprised when her grandfather, Joaquin, the last person from whom Elena wants to accept help, turns out to be the one to understand Mark's trauma. The two men - bearers of grievously deep secrets - forge an extraordinary relationship that will ultimately lead to life-altering revelations. This stunning novel is informed by Scott Anderson's experiences reporting on combat around the globe. Triage introduces a major new voice in American fiction.