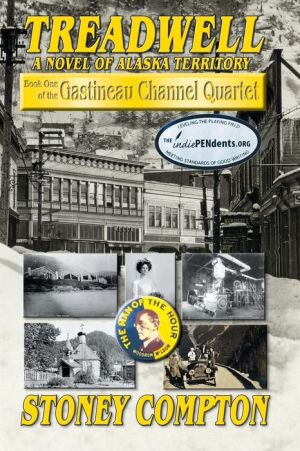 Share:
In 1915 seasoned Pinkerton investigator August Lepke is sent to Alaska Territory to "box up" captured serial killer Edward Krause with circumstantial evidence. He assumes it will be routine and clear-cut, just like his life. Once in Juneau he encounters confusion in suffragette Florence Malone, her naive sister Fiona, and their shady, politically powerful father, Jack. His work brings him unexpected allies, and enemies. The Tlingit policeman, George Mak-we, whose culture writhes in transition, was nothing like the Red Indians Lepke had read about as a child, and Begay Santo, the college-educated Filipino grocery clerk, were totally outside his realm. How does flirtatious Amanda Ganbor, newly widowed Austrian noblewoman, and her one-time traveling companion, professed English journalist Arnold Williams, fit into the picture? Numerous attempts on his life bring him to the realization there is more going on than he supposed, and Krause can reach far beyond the bars of his cell in the federal courthouse. The gold standard dictates economics throughout the world and the mines of the Juneau Gold Belt help fill U.S. coffers. The vast Treadwell Complex dominates the region in production and cutting-edge engineering; its loss could jeopardize the United States' ability to enter the Great War enveloping Europe. The first-generation cross-section of belligerent European immigrant miners, as well as dynamite charges, have short fuses. Then there is the saboteur. Lepke finally realizes that mines, as well as men, can be murdered; and his life has become anything but clear-cut and routine. This expanded third edition is illustrated with vintage photos and newspaper pages and articles as well as period advertisements.