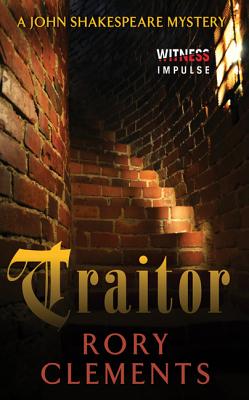 Under the threat of a second Spanish Armada, John Shakespeare is sent to Lancashire to guard over England's secret weapon and its inventor, the maverick magician Dr. Dee.

But nothing is so simple when the country is a hotbed of secret loyalties and civil unrest. During his mission, Shakespeare stumbles upon Catholic priests in hiding, a mysterious Bohemian seductress, and -- of course -- murder.

Between facing off with a nefarious witch hunter and attending one of the first performances of A Midsummer Night's Dream, the intrepid John Shakespeare fights to stay alive while on the hunt for a deadly traitor.