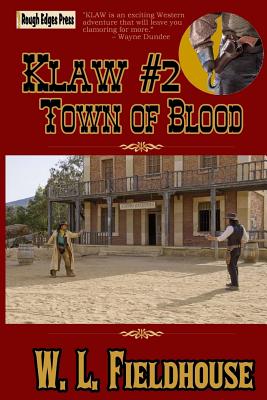 Share:
When Klaw interrupted a lynching, he got more than he bargained for, finding himself involved in a deadly hunt for a fortune in buried gold, saddled with protecting a town where the citizens can't be trusted, and battling a gang of vicious outlaws led by Klaw's former commander in the Civil War who wants not only the gold but also the one-handed gunfighter's head What John Klawson went through would have killed most men: beaten, shot, maimed by the loss of his gun hand. But this atrocity tempers Klawson's inner steel and turns him into one of the deadliest fighting machines the West has ever seen...the man known only as Klaw A legendary action writer returns with a novel of brutal violence and bloody revenge John Klawson has a promising future as a gunsmith in the town of Great Ford, Colorado until he makes the mistake of challenging an insidious criminal conspiracy. Maimed, gutshot, and left for dead, Klawson survives against all the odds and becomes the infamous outlaw, gunfighter, and avenger known only as Klaw. With a deadly hook in place of his right hand, Klaw will use any weapon, go to any lengths, and trail his enemies to hell and back if he has to in order to deal out vengeance W.L. Fieldhouse wrote many classic action/adventure novels in such series as The Executioner and Phoenix Force and has long been acclaimed as a master storyteller of fast-moving, exciting fiction. This classic Western novel, the first of several under his name, originally appeared in paperback more than thirty years ago and is now available again in a new e-book edition from Rough Edges Press. Watch for more W.L. Fieldhouse novels coming soon, and get ready for action "Fieldhouse writes a gritty, violent, realistic action-western for those who are tired of the sanitized yarns of Louis L'Amour and who love stories about the Davids of the world taking on Goliath. A very entertaining and satisfying read "--Peter Brandvold, author of STILLMAN'S WAR. "Western fiction has seen plenty of avenging protagonists over the years, hardened by savagery and betrayal, hell-bent on a course to settle the score with human scum undeserving of taking another breath. But few have ever been more embittered or relentless than Klaw ... Replacing tortured flesh and bone with cold steel and determination, he turns the bloody remains of a body left for dead into a killing machine who can't be stopped ... Bill Fieldhouse has created a memorable, uncompromising character with the grit, savvy, and willingness to go up against the toughest odds. Told in a no-frills, unflinching style, KLAW is an exciting Western adventure that will leave you clamoring for more." - Wayne Dundee "All hail the long overdue return of a master of the action novel...No one does it like Fieldhouse"--Stephen Mertz